Foreigners can now live in Italy for study or work for up to three months without the dreaded stay permit (permesso di soggiorno).

This cuts in half the amount of bureaucratic headaches — paperwork, rules, lines and time — needed to be legal here.

Pinch of salt: the law (here’s a pdf, Italian only) went into effect May 28, 2007 and still awaits a ministerial decree to become operative.

Would-be expats would do well in coming months to carry a copy of the law with them to brandish in front of officials, who because they haven’t been briefed on the procedure with operatives tend to just say “no.”

Also keep in mind that living legally to study or work in Italy was a two-step process: requiring a visa from country of origin before leaving, then a stay permit after arriving in Italy. It’s unclear whether visas are still required or not — it may help to check with this widget at the Italian ministry of Foreign affairs first. 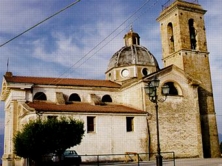 The few inhabitants left in Sant’Elena Sannita (Molise) are trying to save the town from extinction by turning it into a center for perfume production to supply former residents in the trade. Like many Italian towns, this one of 14 square kilometers in the province of Isernia has seen the population dwindle due to emigration.

Most residents, however, left not to seek fortune in America but in other parts of Italy. Hundreds of knife grinders, a trade which dates back in the area to Medieval times, were well known in Central-Southern Italy. As need for this expertise dwindled, Molisians started selling perfume instead — many had a steady client base from previous work with barber shops. Since emigrants from the area have met with the sweet smell of success — it’s estimated that in Rome alone they run some 70% of perfume shops — those who stayed behind plan to become a hub for perfume production.

"It’s an ambitious plan," said Giampiero Castellotti, author of a book on emigration in the region."But it’s not a pipe dream — a good part of the 3 million euro investment will come from companies created by emigrants from Sant’Elena Sannita." Plans include some 2,000 square meters of greenhouses and gardens for experimenting with scents and a museum on the history of fragrance.

www.netpoint.it/santelena
Take a virtual visit with the town’s site…

As the country wrestles with how to receive and integrate foreign immigrants, a steady stream of Italians still choose to leave the country. Slightly over half of those leaving, 55.5%, choose European countries to better their lives, while 30,2% head to South America and only 8,8% choose the US and Canada.
According to the study by Fondazione Migrantes and Caritas of Rome, Italians who move abroad never come back — the number those of Italian descent, at 70 million, dwarfs the current population of Italy at 57 million.
Although the immigrant population is growing quickly (tripled since the last census), Italy still has one of the lowest ratio of nationals to foreigners: 1.7% compared to Germany’s 9%. Elections were recently in Rimini for the first regional council for immigrants — some 25% of those eligible voted in representatives from Albania, China, Senegal, Nigeria, Peru, Tunisia and Morocco. The eleven council members, all male and voted in for two-year terms, will be called upon to advise and initiate integration of the coastal region in which newcomers account for almost 25% of the population. The first meeting didn’t lack the usual verve of Italian politics — a much- criticized debate was started over services from humanitarian groups (predominantly Catholic) versus those run by nondenominational groups, mostly trade unions.

"Ours is becoming a multiethnic region," commented Carlo Sangalli, president of Milan’s Chamber of Commerce. "Finally business is starting to reflect that." Over 60% of businesses run by foreigners were founded in Lombardy over the last 10 years, and in the last twelve months the increase in new businesses has kept pace with the increase of immigrants to the area. The fastest-growing groups: Chinese (1,471 businesses), Egyptian (1,379 businesses) and Moroccan (497 businesses). Despite the rapid increase, foreigners run only five percent of businesses in Lombardy. The boom also included foreign workers employed in Italian companies–temporary contracts increased a whopping +264.2%, while permanent and full-time contracts grew by 28.7%.

The number of foreigners resident in the Bel Paese showed a sizable increase from 1999, noted national statistics institute ISAT. The increase had little effect overall–Italy still has one of the lowest percentages of foreigners in relation to the population in the EU.

2.2% Italian population is foreign
80.4% Italians think there are too many foreigners
74.9% of Italians correlate immigrants with increased crime
73.4% Italians think foreigners do jobs Italians don’t want
Despite the small percentage of foreigners in the total Italian population, fears surrounding immigrants run high, according to 1999 reports by the Italian census bureau. Interesting to note the majority admits foreigners aren’t taking jobs away from Italians (62%) -those newcomers are willing to do difficult or unappealing jobs.

One out of four new hires in Italy will be foreign, over half will work in industries, overwhelmingly in Northern and Central Italy. As for the Italians fretting about immigrants stealing their jobs, better keep in mind the social-security system. By 2020, new immigrants are expected to pour around $65 billion USD into the pension system, according to social security organ INPS.