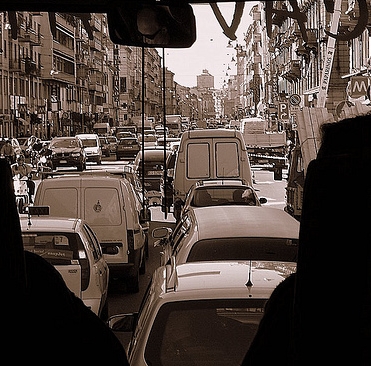 They may drive Fiats as if they were Ferraris and consider red lights a reason to accelerate, but most Italian drivers say they are “perfect” behind the wheel.

A survey of over 2,000 Italian drivers conducted by Italian motor club Aci and insurance company Sara found that 65.4% consider themselves perfect drivers.

When faced with a yellow traffic light, 66% say they slow down, just 22% say they slow down while the remaining 12% considers the situation a quandary. (Following Italian road rules, they should stop unless the car is already in the intersection.)

An even higher number of Italian drivers, 79.9%, say they have a perfect driving record, while just 14.5% say they’ve had a few points taken off for traffic violations.

Nearly 60% say they always wear seatbelts, 11% say they are too uncomfortable and 26% say they don’t bother to make passengers buckle up, too.

These angelic drivers also slow down for pedestrians (67%), while the rest say they slow down if the person is already in the crosswalk.

If you’ve spent any time on Italian roads, it’s a little hard to believe, especially the part about crosswalks.