Wired for sound: vineyards at Paradiso di Frassina in Tuscany.

Just in through the grapevine: Music helps grow healthier plants.

That’s the preliminary result of research by Italian scientists who have been examining vineyards exposed to classical music to see if sound makes the plants grow larger and more quickly.

While sound has long been thought to influence plant growth, this is the first time anyone has investigated the effects of music outdoors on Sangiovese vines, which are best known for producing grapes that go into Tuscany’s famous Chiantis.

END_OF_DOCUMENT_TOKEN_TO_BE_REPLACED

Forget the water dispenser and ice cube maker: a new fridge made in Italy has a front-door beer tap.

Called HomePub this chic, stainless steel fridge holds a five-liter keg and can keep the beer bubbly for up to three weeks. Price not listed.

You’d think Italians would be more interested in a vino dispenser, but Bel Paese residents have developed a taste for beer in recent years.

The best giveaway at Milan’s recent tourism fair: dark chocolate enriched with Vitamin A & C for the guilty.

Called “Chocopirin-A,” (a play on “aspirina,” aspirin) the tabs were handed out to hungry visitors to promote the Eurochocolate fest in Perugia next fall. Meant to underline how chocolate has become more a part of our daily lives, hopefully some marketing genius will copy the idea and make them for real.

If you happen to eat at Primo al Pigneto in Rome on the right day, you may be treated to a home-cooked meal from a neighborhood grandma.

At age 30 — when many Italian men are still living at home feasting on la nonna’s cooking — chef Marco Gallotta had the brainwave of recruiting local women to “guest star” in his kitchen for one week a month. END_OF_DOCUMENT_TOKEN_TO_BE_REPLACED

While many Italian gelaterias are closed for the winter, ice cream makers here are testing new flavors.

What’s hot? If you believe the news coming from Sigep, the gelato, chocolate and bread fair in seaside resort Rimini, sweet is out.

Salty is hot. Organizers of the fair are so convinced that people will want a cool lick of savory gelato they held a contest for the best new flavors. Seven international teams – Argentina, Brazil, Germany, Greece, Italy, Spain and the U.S. — participated in this piquant cook-out. END_OF_DOCUMENT_TOKEN_TO_BE_REPLACED

An increasing number of Milanese are shunning aprons for ready-made meals and take out food. It’s such big business that the Chamber of Commerce decided to study it.

So, how much is everyone eating out?

Well enough to register a 101% jump over five years in the number of businesses making and selling prepared foods, with a 30% increase between third quarter 2004 and 2005. END_OF_DOCUMENT_TOKEN_TO_BE_REPLACED

Italians take food very seriously. There is a lot of great food in Italy to take seriously — prosciutto, parmigiano, wines — and Italians have, turning Bel Paese foods into the most certified of the EU. END_OF_DOCUMENT_TOKEN_TO_BE_REPLACED 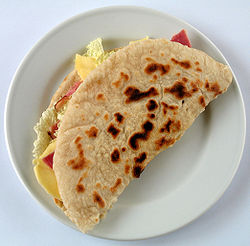 by Nicole Martinelli Beef is back in Europe after a nearly 10-year ban for mad cow disease. In Italy, butchers are trying to entice people to put the famed bistecca fiorentina, a monumental T-bone steak, on the table again.

Ban, schman. If you knew where to look — just three months after locals held a public funeral for the steak — you could sink your teeth into a fiorentina anyway.

Timing, though, couldn’t have been better. END_OF_DOCUMENT_TOKEN_TO_BE_REPLACED

www.zoomata.com staff What could possibly ruin the love affair between Italians and pizza?

The faltering Italian economy — more or less stagnant since 2002 — and relentless price hikes with the arrival of the euro have made many in the Bel Paese forgo eating out.

And because even the most gifted mamma is unlikely to have the wood-burning oven necessary to make a proper pizza, it is the one dish Italians gladly eat outside the home.

Restaurant owners have struck up a “pizza pact” (patto della pizza) hoping to get cash-strapped Italians out and eating the national dish again, offering pizza and a beer or soft drink for 7 euro ($8.39).
The pizza crisis and the idea of a pact was first discussed on popular talk show Porta a Porta, a late-night program generally dedicated more to burning political issues than hot pies. Retailers’ body Confcommercio took up the idea and over 200 restaurants throughout Italy have signed the pact, valid to the end of 2005, so far.

It may be a case of too little, too late.

“Pizzeria owners are crazy if they think this will fill the restaurants after they’ve jacked up prices over the last few years, ” Rik Sentenza wrote in a letter to daily Metro. “Why don’t they give us coupons, like war-time rations for bread, since none of us can afford to eat out anymore? This isn’t going to solve the problem.”
Sentenza, like many readers who wrote into the paper, remembers a few years back when a pizza cost ?4.000 to? 6.000 lire or about 2-3 euro.

The profit on the average pizza is already 490%, reminds Vincenzo Donvito, president of consumer group ADUC, who called the initiative “obscene.”

Four out of the just seven pizzerias supporting the pizza pact in Milan called by zoomata did not know whether the offer was valid just one day a week or every day or on which day it was offered.

Roberto, owner of pizzeria Summer in Milan, who has not signed the pizza pact told us: “They didn’t publicize it very well, I first read about it from the newspaper.”

When asked whether he would be signing up any time soon he said, “We’re talking a 1.50 discount on our normal prices, I’ll throw in an espresso or grappa if people ask for the pizza pact. How’s that?”