Mapbox recently hosted a crack panel on micro-mobility. In addition to stuffing myself with dumplings and potstickers (so, so grateful not to stare down the standard soggy meetup takeout pizza!) here are a couple of quick takeaways:

Who are you calling a rebel?

Panels are tricky. That’s a diplomatic way of saying that as a journalist, I hate them. When they work, though, it’s like composing a good article: Voices representing a range of perspectives, none of them obvious. Stacey Randecker Bartlett, co-host of The Flying Car Show only intervened a couple of times, but when she did, boom.

“Why are we setting the bar so high for startups when no one has ever asked GM, Ford,  et. al how many people they kill and what they’re doing about it?”

Women doing much of the trip chaining within households (2/3s!). How can micromobility operators better address their needs with flexible services and pricing? Great point by @NellePierson at #mapboxspeakerseries

No one asks the car companies to provide data on climate change, pollution, congestion or any of the health effects we know they have been responsible for causing for generations.

And this is a question that everyone in the debate should keep asking: Why is the onus on micro-mobility to prove they deserve space when it’s obvious that, as a minimum, fewer deaths will be caused?

One final consideration in the aftermath of San Francisco nixing public school buses: While you can check out up to three bikes at a time, minors are currently not allowed to use bike sharing, thwarting any Scando-ideal of taking the kids to school. It’s such a crucial issue that her show devoted a recent episode to it, catch “Mobility for Minors” here.

I tend to do that. Sorry if anyone in the front of the room was actually scorched. https://t.co/gtkXMwqw7b

You always hope someone so smart they could have any job decides to work in government: Thank you Warren Logan. He’s a senior planner at the San Francisco Country Transportation Authority (SFCTA), an agency that plans, funds and delivers transportation projects to improve travel choices people in San Francisco. Instead of droning on about how startups should respect regulations, his message was delivered in a language that tech folks should understand: “Show us the data.”

With the numbers in hand, it’ll go a long way to showing his more skeptical colleagues and agencies (aka the people who decide) how people in the city are actually getting around, he says. He points to the success of the work recently done on the Valencia corridor. Logan challenged the hipster crowd to venture into uncharted territory: city council meetings and the like.

Having participated in any number of these civic-minded meetings, I can only say: It is an alternative universe. (For Resiliency Maps, it’s trying to convince public officials to offer up info that could actually be useful on DataSF — even obvious things like fire call boxes and hydrants seem easier to go out and map than get a .CSV file for. Argh.)

San Francisco needs more cross-pollination between the civic and the startup. And then maybe the fiction of politicians biking to work will become a reality. Logan also scored a much-needed contrarian point by noting that few startups had ever asked the agency for their extensive public data. The SFCTA’s whole job is to know how people get around, folks.

So good seeing you here @stephenlambe what a passionate group of folks. Proud to welcome this micromobility conversation and community to @Mapbox ?????

Organizer Tarani Duncan — who has made the rounds working at CitiBike, Jump and Portland’s Biketown —  kickstarted proceedings with a brief overview of micro-mobility, starting with the original freewheeling 1960s bike-sharing program in Amsterdam. It struck me that the entire debate centers on the idea that Americans.Drive.Cars. (See also: Randecker Bartlet above.) That’s the basic unit of transportation. 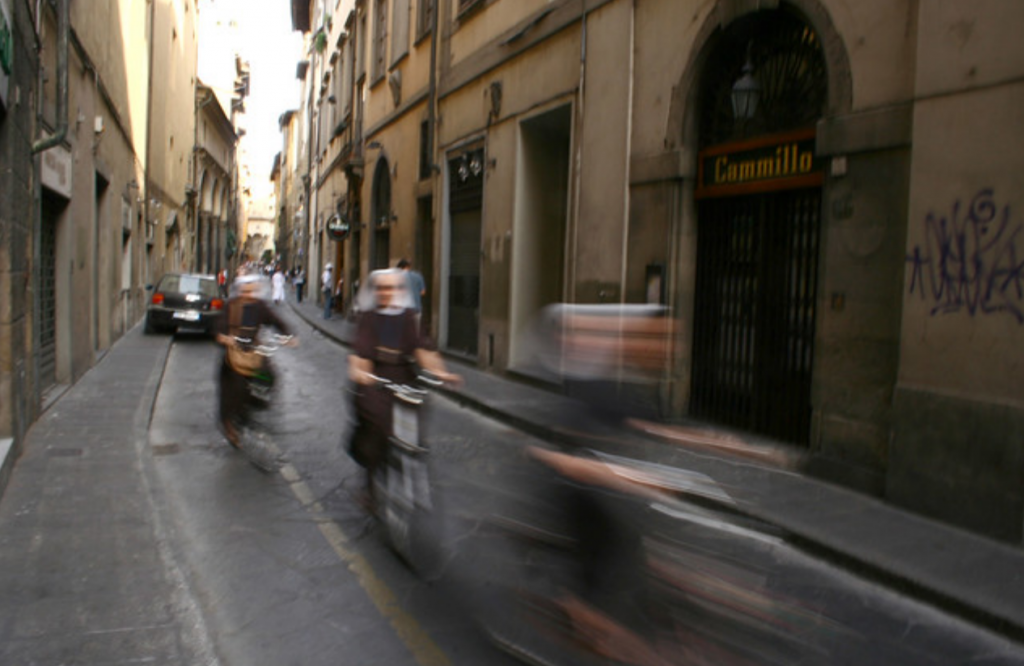 If you’ve ever lived, mmm, basically anywhere outside the contiguous 48, you know that’s not the assumption. It’s not bearded bros on fixies, but nuns on beaters with market shopping in the basket. It’s not a Segway but a three-wheeler. Metro systems that are reliable, clean and affordable.

People elsewhere call every form of arriving somewhere without a car simply getting from point A to point B. Without thinking about it much, when I lived in Milan I drove a 50cc Vespa (sans motorcycle license as required in California, thank you very much) a rust-gnawed bike, used a metro system that wasn’t expensive and OCD-inducing and when it came to those inevitable Ikea treks, employed one of the first car-sharing networks.

Micro-mobility chips away at the iconic “American Graffiti” car-first culture — and the struggle is real.