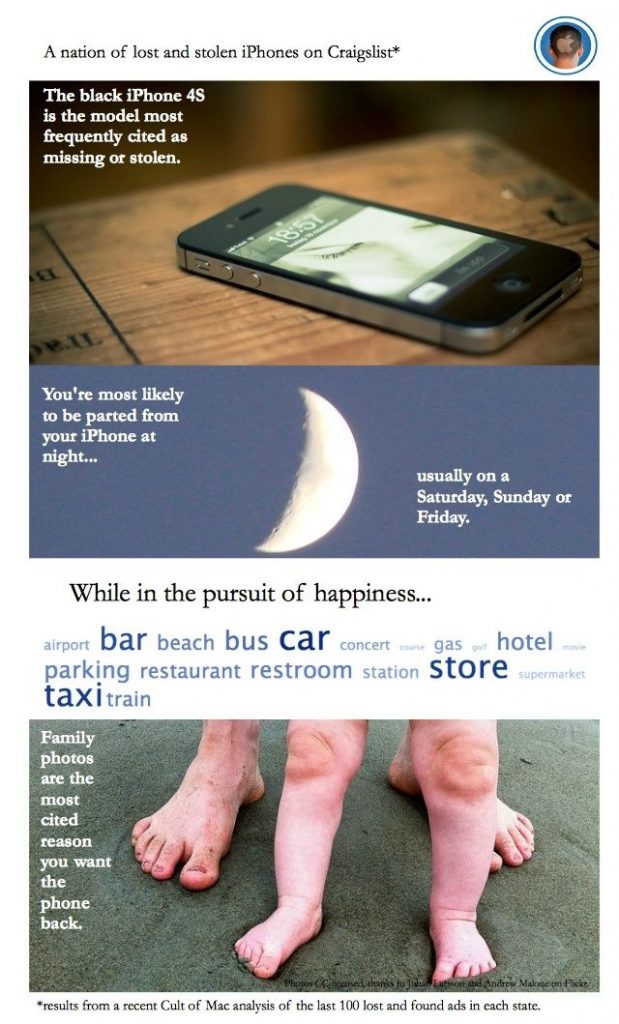 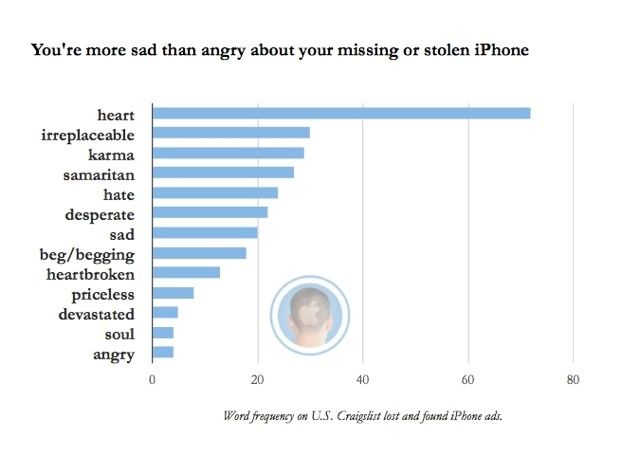 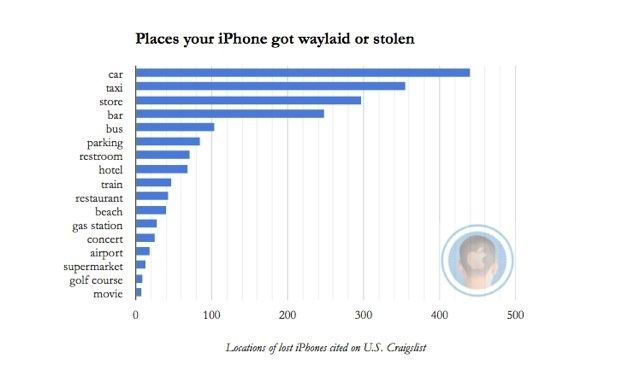 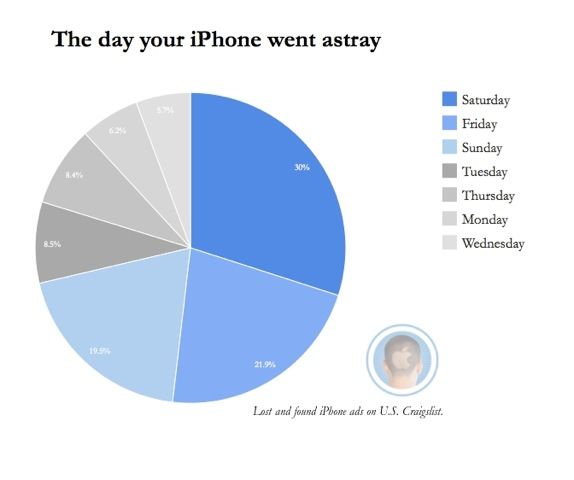 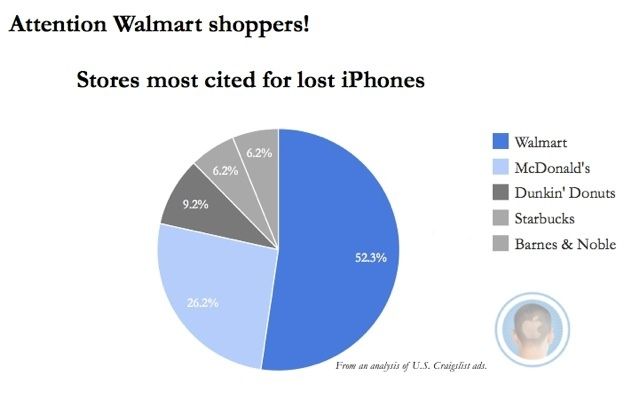 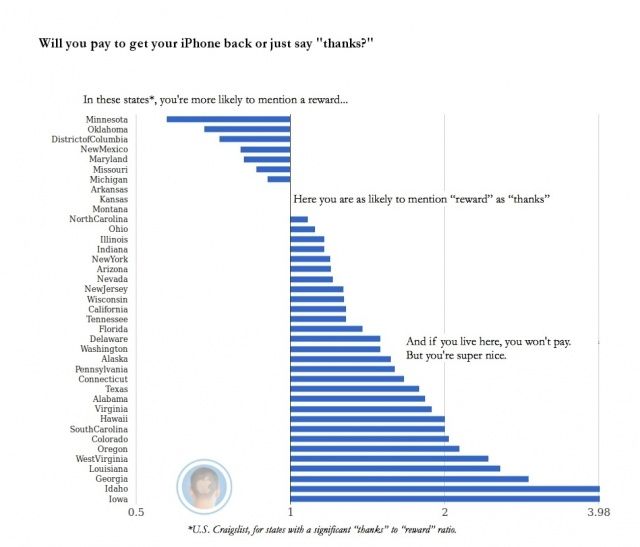 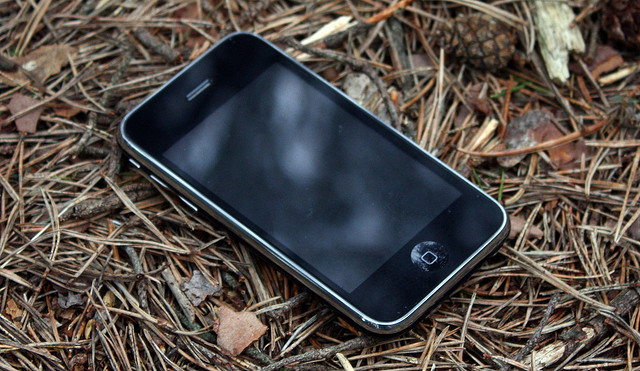 Is there a bigger story about lost and stolen iPhones? To find out, I scraped all 50 states of Craigslist lost and found ads using Python and BeautifulSoup. If you want to check out or improve that code, it’s on GitHub. Here’s the full story, with charts and things!

Let me just say it: as a novice Pythonista, I am challenged by nearly everything. I mean, command line interface, seriously? But I can get past that. I slogged through (and recommend) Learning Python the Hard Way, as well as finished some examples in Scraping for Journalists.
END_OF_DOCUMENT_TOKEN_TO_BE_REPLACED 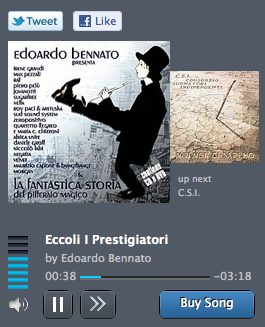